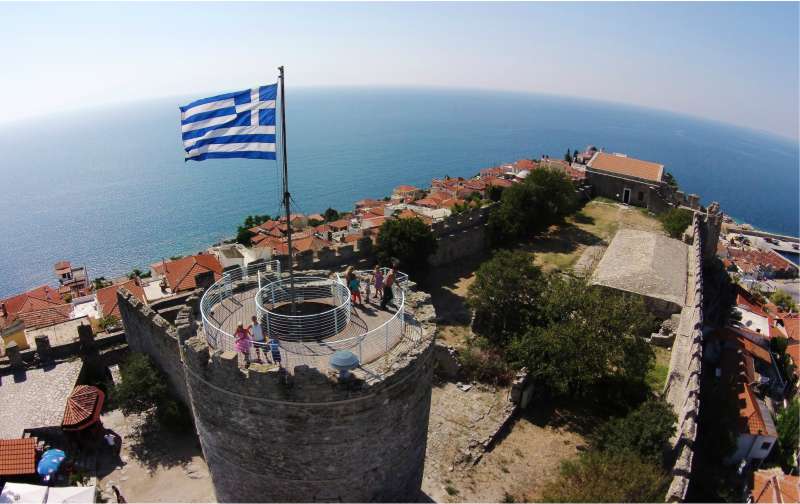 The most beautiful city in Greece

Kavala, built as an amphitheater at the foot of Mount Symbol, is the capital of the eponymous prefecture of Eastern Macedonia, the second largest city in Macedonia and one of the most beautiful cities in Greece.

The prefecture of Kavala is situated between the rivers Nestos and Strymonas, which are also its natural borders. Its geographical location on the shore of the Aegean Sea and over the ancient route (Via Egnatia) that linked East to West makes it an ideal point of communication between people and cultures. It occupies 2,109 square km of land and it borders on the prefectures of Xanthi (east), Drama (north) and Serres (west). The prefecture includes four municipalities (Kavala, Nestos, Pangaio, Thassos), with Kavala's Perfecture occupies a total area of 1.480,16 acres.The city, which is the capital of the prefecture, is located on the Egnatia motorway and is a two-hour drive to Thessaloniki (160 km west ). As you enter Kavala, you will admire the panoramic view of the town that is nestled between the slopes of the surrounding hills and the northern coast of the Aegean Sea.

The historic settlement of Kavala was established and developed on the peninsula of Panagia where the earliest evidence of human presence dates back to 1050-700 BC. The city's history begins in the second half of the 7th century BC when Parian settlers, who in the meantime had colonized the island of Thassos, passed on the opposite mainland coast and founded a new colony called Neapolis. Around the same time, another walled settlement was created in the area of Kipoupoli, named Antisara. During Macedonian rule Kavala, as a harbor serving Filippi, gained great prosperity, after Philip II -father of Alexander the Great -annexed it. During the Roman Empire the city upgraded into a major port in the region and a travel station, as in front of its walls was passing through Via Egnatia (the main thoroughfare of the Roman Empire connecting Durres to Istanbul). In 45A.D. the Apostle Paul visited Kavala on his way to Philippi, where he founded the first Christian community in Europe. In the eighth century the city was known as Christoupolis. After almost a century of desolation, and in the second half of the 15th century the city appears again under the current name and quickly developed into a major port. Not until 1864 did the Greek people get permission from the Turkish state and created the first neighborhood outside the walls in the area of St. John. The 20th century was the golden age of Kavala. From 1903 until 1909, the Greek inhabitants, with a high national morale, took part in the struggle for Macedonia. The booming of the tobacco industry and the population growth resulted in an economically prosperous middle class and a broad working class organized into powerful trade unions vigorously asserting its claims.